At some point in your career as a DBA, you might want to dive deeper into databases and their architecture to fiddle with interesting things. One of those interesting things are stored objects – those things refer to objects created with a CREATE PROCEDURE statement and they’re usually stored inside of the server until they’re called for use by the user using a CALL statement. 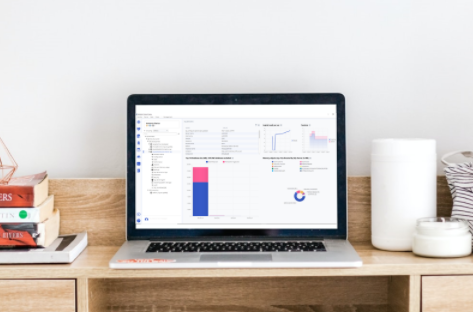 Stored objects in MySQL usually refer to either stored procedures or stored functions. The purpose of such stored functions is to store them inside of the server until they need to complete certain work and be “called to work”, so to say. Stored objects (also sometimes called “stored routines”) are usually created using the CREATE PROCEDURE and CREATE FUNCTION statements, then called using the CALL statement. To create a procedure or a function, we should run queries that look like this:

As you can see from this example, creating procedures looks quite a bit different from running an ordinary query. That’s because of a couple of key reasons:

Once your procedure is set up, call it when needed by using the CALL statement like this:

The call takes two parameters because we’ve defined two parameters – a “demo” column with a VARCHAR value, and a “demo_out” column with an integer-based value. The text after “@” defines what variable to call after a SELECT statement to invoke the procedure, so the whole process looks something like this:

Stored objects in the architecture of other database management systems (think Oracle, MongoDB, TimescaleDB, and the like) might be called a little bit differently than they’re called in MySQL, but the core of them is the same.)

What can Stored Objects Do?

The purpose of stored objects is to ease the job of developers and database administrators by them specifying the work that they need the database to do for them. For example, if you find yourself constantly needing to insert the row count from a table A into a table B like in the example we’ve given you a while ago, they’re golden.

You can also use stored functions, triggers, events or views – all of these are objects accomplishing different goals. For example, functions act much like functions that are built into MySQL by default, triggers is a trigger that is associated with a table in the sense that it runs when certain operations on the table in question are performed. MySQL also allows you to create events to invoke them according to a certain schedule as well.

Here’s how to create a trigger:

Triggers can be run before or after a certain INSERT, UPDATE, or DELETE statement runs (insert these statements into the place of *statement here*), and they can take effect on either each row (see example above), or each statement that is run (replace as you see fit.)

A basic trigger would probably look something around these lines (note that we have to specify a delimiter to tell MySQL where our trigger actually ends after beginning):

You get the point – triggers “trigger” specific queries that can be run on a specific time. They can be used to set specific values for specific columns if conditions are met (see example above), but should we need a different caliber of stored objects – say, those that run on certain schedule, they’re off limits – instead, we should be looking at events. To run event queries, first enable the event scheduler by running a query like SET GLOBAL event scheduler = ON; and then create an event for you to use. Event queries look something along these lines:

CREATE EVENT [IF NOT EXISTS] demo_event ON SCHEDULE AT [time_here, CURRENT_TIMESTAMP is also an option] DO

INSERT INTO events(event, ran_at) VALUES (‘an Event for Tuesday’, NOW());

It’s pretty self-explanatory: we name the event demo_event, then make it run on schedule at a specified time and specify its body after the DO keyword.

We can also set up recurring events like so:

This event would be scheduled to execute every 15 minutes and stop executing after an hour. So, we would have 4 such events in a given hour.

Stored objects have their place in any database architecture – as you’ve learned from the examples we’ve provided, they can be scheduled to run at any specific time, be triggered before or after certain statements are run, etc. However, if you really want to improve your database performance, the usage of stored objects alone won’t be enough – you would still have to keep a very close eye on your database performance, availability, and security, and that’s not the job of stored objects, no matter on what kind of database architecture we are running them on.

Isn’t it better to see your database architecture in the form of charts (see below), instead of observing metrics via the CLI?

Though stored objects definitely have their place, with good database management tools, the hassle of creating and managing them will jump out of the window. If you find yourself searching for a database management tool, keep in mind that the majority of the good ones will allow you to test the software risk-free for free for 30 days. dbWatch Control Center is one of them, so if you’re wondering whether dbWatch Control Center is the choice you should go with when monitoring your database clusters, make sure to give it a shot today, and until next time!

Enterprise Backups won't save you